Today’s post is from a blogger that was actually a friend first! Liz is the writer behind Midwest Modern. She is one of the most stylish people I know. I seriously would die to have 5 mins in her closet and grab as much as I could! I hope you enjoy her post!

When I moved this month everyone who came over to my new place or saw pictures said “you already have so much hung on the walls!” and I realized its because it’s what immediately makes me feel at home. Putting pretty much anything in a frame makes it interesting and meaningful (well, to a certain extent.) I think it was working with a framing company here in Boston (Stanhope Framers) last year that really made me appreciate it.

Whether it’s a gallery wall or just a single picture hanging something up can instantly change the feeling of a room. There are 2 obvious ways to go about framing anything – custom or store bought – and 2 obvious price differences! That being said, I think that deciding which one to go with depends completely on the situation. Custom framing makes an amazing gift that will last forever and most of the time is something that a person wouldn’t buy for themselves. This year 2 of my Christmas gifts were custom framed pictures.
This one is of the Franklin Park Conservatory for my mom because that’s where she works, and this was such a beautiful photograph. It was in the New York Times this year so after some digging I tracked down the photographer, Greg Sailor, and was able to purchase it directly from him. 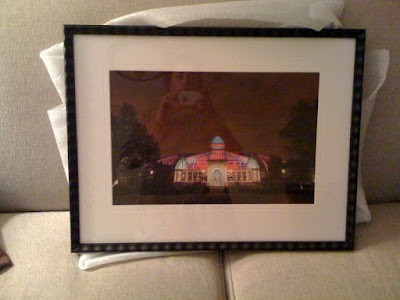 This one is the reception card and a picture from my sister, Katherine, and her husband, Peter’s, wedding which I gave to them this year for the Christmas following their wedding. Both pieces were beautifully and expertly framed by Stanhope Framers. 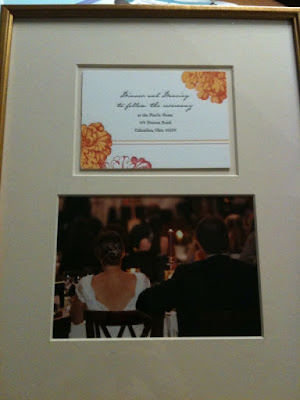 Since these were both very special pieces and were gifts I was willing to splurge fo the custom framing and think it was absolutely worth it. However, when doing things for my own apartment I do store-bought frames usually from Home Goods or Ikea for a couple reasons. Obviously because they are more affordable, but also because it allows me to change what’s in the frames as often as I want. Here’s a good example of mixing custom framing and store-bought. 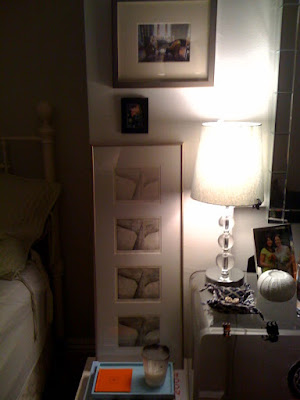 The tall skinny piece is a print series of a whale’s tale that my sister did in high school, the small picture is of my dog and framed in one of a ten pack of frames form Urban Outfitters, and the top is a photo of my family in our living room before my sister’s wedding in a Pottery Barn frame. I love these two especially because they are very meaningful to me and the only cost was buying the frames – both of which are from Ikea. 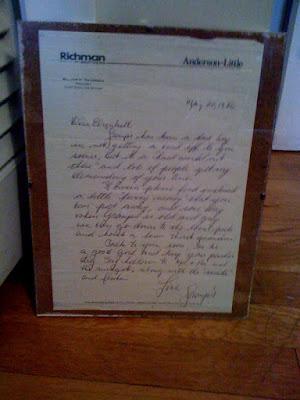 This is a letter my grandfather wrote to me when I was born that my parents kept. The frame was super cheap at Ikea (a 4 pack of the 4×6’s is $0.99!) and I like the kind of unfinished industrial look it has especially with the letterhead on the stationery. It’s also a great way to break up a gallery wall of all pictures. 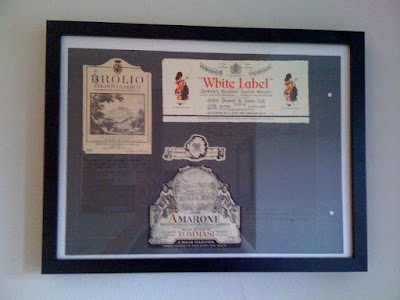 This is from an old wine diary my parents used to keep that would record where and who they had dinner with or what they were celebrating etc. which I love because this page specifically is all about time spent with my family – aunts, uncles, grandparents. So these 2 pieces were just sitting in boxes in my basement at home, cost nothing, and become instantly important and interesting by just putting them in a frame!